1 Another One Bites the Dust

On March 17, 2013, I made the decision to say goodbye (or sort of goodbye) to this site.  I decided it was time to start anew.  While I had been thinking about it for awhile, an unique event occurred; I finished my first notebook ever.  I have always been entranced by notebooks...have more than I need...have even written in a few.  This, however, was the first time I had managed to continually write and make it to the end.  Shortly after, I began two new adventures...a new blog and a new notebook.

Today (July 6, 2014), marks the second notebook that I will be retiring, having filled it quite well.  It took me quite a bit longer to fill this notebook, but the important part is that I did finish it.  I was amazed the first time this happened...astounded as I sit here staring at the last page of yet another ending.  And so tomorrow (or the next day or the next) begins another journey with a new notebook.

Anyway, I was so...for lack of a better word...impressed that I needed to write about.  And where better to share the news than on the site that began it all.
Posted by RMP at 7:43 PM 1 comments

1 Just Over a Year Ago

I made the decision on March 17, 2013 to close the doors on this blog.  It was not an easy decision, but I felt I was in a place where ...don't open...don't throw away... had filled it's purpose...like the notebook I finished (the first I have ever filled from start to end) on March 13 of the same year.

I did not go "cold-turkey;" instead, I threw up an occasional post (11 total) since making the decision.  Nor have I stopped writing, though I have had moments of "quiet" since that I wasn't sure I'd make my way out of...but I did.  On March 19, 2013, I started a new notebook; on March 21st, I started a new blog (Like the Feathers of an Arrow).

Since I have a thing for year reflections, I thought I'd return for a moment and...reflect.

There are a couple of things that in closing this blog have been left unfinished.  Number 1 on the list is With Just a Touch, a story that started out quite unexpectedly...which in my head has had a conclusion for quite sometime prior to the last post for the piece.  Then there is Diary of an Anorexic Love Life, which while I haven't quite given up on, I just haven't given much thought to.

I also admit that my mood as of late makes me wonder if I was premature in thinking this space had filled its purpose.  I miss my ramblings a bit.  I manage them occasional on my new site, but not in the same fashion as they were used here.  My "Two Brains" continue to battle one another with me caught in the middle.

hmm....I think that is enough reflection...while I think looking back on occasions is good for the soul, it is also important to look to the future and live in the moment.  That being said....
Posted by RMP at 5:47 PM 1 comments

She is still the most hauntingly beautiful entity...


In my second post on this poster that dons my wall and continually captures my eye, I stated, "before writing the post, i tried to do a little research to see if (a) i could find this poster somewhere still for sale or (b) find more by Paul Hogg.  my attempts were fruitless."  Well...

a most interesting thing happened this past week.  I received a comment on my first "teardrop" post by none other than the artist.

In addition, (after he managed to hunt down the original artwork) he reached out to me on Facebook. What have I learned?  Well...the poster I located and posted in the "teardrop (part 2)" was a follow up to this piece in response to the demand on the above pictured piece.  So while not part of a series, as one earlier commenter mentioned, it did not stand completely alone.  I also learned that Paul Hogg's work nowadays does different quite a bit from this piece (http://www.behance.net/Ultramarinedesign).

This week a first has happened.  I honestly did not think it was possible, but alas I was wrong.  It has gotten me to thinking—a dangerous act, indeed.  Unfortunately when my brain kicks into gear like this it is often hard to follow its stream of thought.

June 27, 2012 — I opened up a new notebook and broke my drought.
June 30, 2012 — I reset ...don't open...don't throw away... and invented my themes to revitalize things.
July 1, 2012 — I posted my first Time Capsule and launched the first of three themes, which I've maintained up until today.
January 9, 2013 — I celebrated three years and thanks to my revival, I managed to turn my dry spell around from 12 to 118 posts during ...dodta...'s third year.  That's right, 12 posts in the first prior to July 1st and 106 after.
January 9, 2013 — I began to ponder whether ...dodta... had finally run it course.  It was the first time I had actually thought about it without being in a emotional rut.  But making such a decision is not something that can be made rashly.  I put a lot of blood, sweat and tears here, to let it go with serious contemplation would be wrong.
March 13, 2013 — I wrote on the last page of my notebook.
March 15, 2013 — I actively searched for an empty(ish) page in order to write a piece for this past Friday's theme of Can I Have This Dance?.  There are a handful of pages that have tidbits on them that never blossomed, but I'm thinking I'll add them to another notebook and look to them for inspiration when the juices seem to be running a bit dry.
March 17, 2013 —  I officially have made two decisions.  One...my notebook is being laid to rest and classified as full, finished, done, kaput....  Two...I am letting go of my themes and of ...don't open...don't throw away...


So that last little note is a doozy.  I am not leaving the blogging world, just moving on.  I'm not sure exactly where I will land, but I think it is time.  On the flip side, while technically I'm closing up shop, I've decided to keep the doors open for two things...

The first is what has been themed as Last Call, also known as my contributions to dVerse Poets Pubs OpenLinkNight.  Partly because this is the face (mask) they know and partly because...well, I need an excuse not to truly say goodbye to ...dodta....

For those of you who have drop in from time-to-time or on a regular basis, thanks for tuning in...

Just the thought of a hug
stirs an emotional rock slide
threatening to unravel
the carefully woven shield
surrounding the loss
yet to be dealt with.

It's a mistake
keeping it buried within
but the only remedy
that ever worked to clear
away the looming boulders
was the feel of your arms
wrapped around me.


I was hoping to try to escape myself for a little bit, try to find something outside of me to write about...something random like traffic lights.  But this week's Three Word Wednesday [3WW=>careful(ly), hug, mistake] seemed to have something else in mind.  Odd though, because I look at the words (even read them aloud several dozen times) and I do feel disconnected.  Maybe that is more about the emotions rolling around than the actual poem, but at the moment I'll be truthful and say I don't much care for this piece...maybe time will change that...


I've decided to double up this week and so ...

This is my offerings for this week's dVerse Poets Pub OpenLinkNight. If you get a chance, check out all of the talented poets who have stepped up into the spotlight.
Posted by RMP at 4:22 PM 14 comments

Title:  To Know Love
Date:  unknown (though if I dig a bit, I can probably come up with an estimate)
Setting:  Life after college--during second post-college job
Form:  Free form

Notes:  Over the past years, starting back in 2002, I have written three poems for friends and/or family as they were on the verge of getting married.  I have posted the first two (A Wedding Song--a poem for two voices and In the Eyes of a Friend) already here.  This was the third poem, written for my best friend--the one in my last post that brighten my day with images and videos of her two little ones.  Anyway, without further ado... 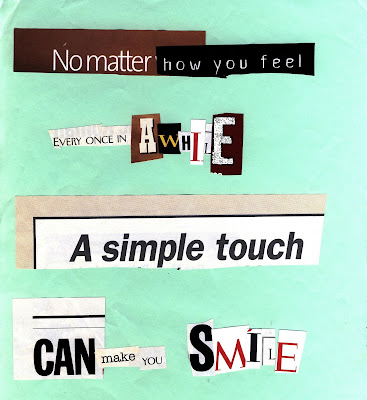 Note:  For posting purposes, I modified the original.  The "E" in "awhile" was black on brown making it hard to see when transferred over digitally.  So I filled the "E" with white to make it visible.
Posted by RMP at 8:50 PM 3 comments

RMP
I am a walking oxymoron. I am quiet and shy, though anyone who has been around me for a while would scoff at that description. I despise being the center of attention, yet I get up in front of a classroom full of students and perform daily. Logic rules my world, but my creative half occasionally stages an uprise.

When the Gloves Come Off... 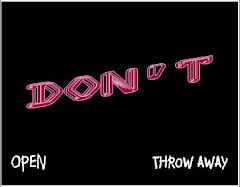